23 June 2021 – Global animal welfare organisation FOUR PAWS rescued three brown bears from a defunct hotel and restaurant in Skole, Western Ukraine and transferred them to its BEAR SANCTUARY Domazhyr near Lviv on 22 June. Their former owners originally purchased 13-year-old bears Sirko and Ruta as cubs for a private mini zoo near their hotel as entertainment to attract visitors. Their offspring, bear cub Andor, was born on-site in January 2021 and hand-raised by the owners ever since. All three bears have spent most of their lives in a concrete enclosure, unable to express their natural behaviours. The private keeping of bears remains legal in Ukraine and many bears suffer in cruel keeping conditions. FOUR PAWS urges the Ukrainian authorities to ban the private breeding and keeping of bears in the country.

Prior to their rescue by FOUR PAWS, the bears were fed an inappropriate diet of sweetened foods and had no access to fresh water or a pond, and no enrichment to keep them busy. Veterinarian Marc Gölkel from the Leibniz Institute for Zoo and Wildlife Research (IZW) examined all three bears on-site.

“Sirko and Ruta have dental problems which will be treated once they have adjusted to their new surroundings. Sirko will then also be neutered. Andor’s health seems to be in good condition. We plan to microchip, vaccinate and deworm him after his arrival at the bear sanctuary, so he can grow up to become a healthy bear,”

At FOUR PAWS BEAR SANCTUARY Domazhyr, Sirko and Ruta will be released into a spacious forest enclosure after an adjustment period in an adaption enclosure. Because the former owners took cub Andor away from his mother Ruta at a very young age and hand-raised him, the bears could not form a bond and it is not safe to reunite them. Five-month-old Andor will move into a separate enclosure and the FOUR PAWS team plans to take in companions of a similar age to socialise him with soon.

Ukraine must restrict the breeding and private keeping of bears

According to Ukrainian laws it is legal to keep bears in public zoos and sanctuaries, but also in private captivity, provided certain criteria are met. There must be proof that the bears have not been caught in the wild but come from breeding or have been purchased or rescued. Since 2020 Ukraine has improved the keeping requirements for bears, however, private keeping is not species-appropriate in most cases. Bears need to move around, explore and swim in natural surroundings. “Around 100 bears still live in private captivity in small cages next to restaurants or in private zoos in Ukraine. We urge the responsible Ukrainian authorities to ban the private breeding of wild animals and issue licenses only for official sites like sanctuaries with qualified staff and the required resources. That would outlaw the keeping and uncontrolled breeding of wild animals by private persons and considerably reduce the number of captive bears suffering in cruel keeping conditions,” says Taras Boiko, Director at FOUR PAWS Ukraine.

BEAR SANCTUARY Domazhyr was officially opened for visitors in October 2017. Including new arrivals Sitko, Ruta and Andor, 25 bears rescued from catastrophic keeping conditions now live on the 7.7-hectare site. Construction work is still ongoing and once complete will provide space for up to 30 rescued bears. With the construction of BEAR SANCTUARY Domazhyr, FOUR PAWS has created a species-appropriate home for rescued bears, supporting the Ukrainian government with enforcing the ban on cruel practice of bear baiting in the country. For this purpose, bears are being chained and abused as bait objects for the training of hunting dogs. In addition, the bear sanctuary provides a home for individual animals rescued from other cruel forms of bear keeping as well.

Stay up to date on this topic and on all FOUR PAWS activities on our social media channels:

FOUR PAWS is the global animal welfare organization for animals under direct human influence, which reveals suffering, rescues animals in need and protects them. Founded in 1988 in Vienna by Heli Dungler and friends, the organization advocates for a world where humans treat animals with respect, empathy, and understanding. The sustainable campaigns and projects of FOUR PAWS focus on companion animals including stray dogs and cats, farm animals, and wild animals – such as bears, big cats and orangutans – kept in inappropriate conditions as well as in disaster and conflict zones. With offices in Australia, Austria, Belgium, Bulgaria, France, Germany, Kosovo, the Netherlands, Switzerland, South Africa, Thailand, Ukraine, the UK, the USA and Vietnam as well as sanctuaries for rescued animals in eleven countries, FOUR PAWS provides rapid help and long-term solutions. www.fourpawsusa.org 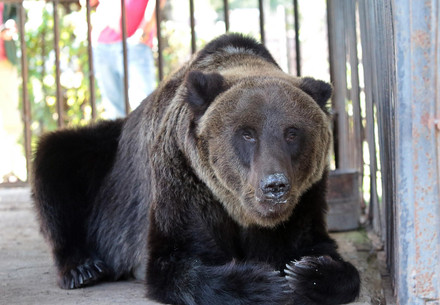 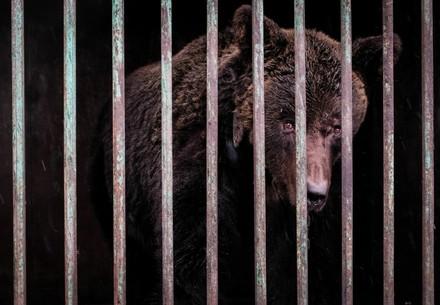