One of the main focuses of the FOUR PAWS #SaddestBears initiative is to help bears who are being held captive in poor conditions in Central and Eastern Europe. For years, we have been working to end private and inappropriate keeping of bears in countries such as Albania, Bulgaria, Croatia, Kosovo, Serbia and Ukraine. FOUR PAWS plans to expand the focus of our animal welfare work in this European region and also help bears in need in North Macedonia. Based on first investigations and information received from supporters and local stakeholders, FOUR PAWS has reason to assume that there are several inappropriate and illegally kept bears within the country.

FOUR PAWS was alerted about the miserable living conditions for bear Teddy at the end of 2019. The young bear was kept in a tiny concrete cage in Zoo Shtip in North Macedonia. After it became clear that the zoo did not have a license to keep the bear, FOUR PAWS decided to rescue Teddy and bring him to our DANCING BEARS PARK Belitsa. With Teddy's rescue in November 2020, FOUR PAWS took the first steps to end the inappropriate keeping of bears in North Macedonia.

FOUR PAWS aims to further investigate and reveal the plight of bears in captivity in North Macedonia and support the confiscation and rescue of animals in need. Furthermore, FOUR PAWS is keen to support the local authorities with improvements to legislation and law-enforcement for better protection of captive bears and other wild animals. By becoming active in North Macedonia, FOUR PAWS follows a holistic approach to helping captive bears and other wild animals in need in Southeast Europe. 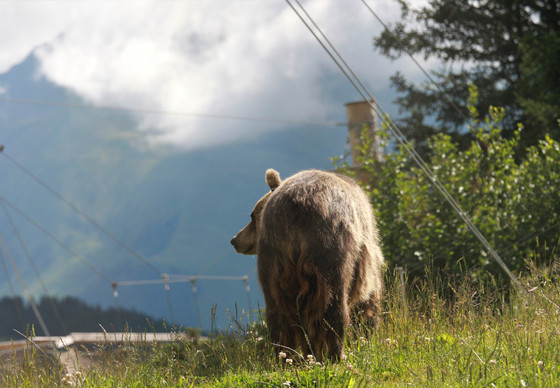 FOUR PAWS successfully relocates the two brown bears Sam and Jamila from Zoo Skopje to Arosa Bear Sanctuary in Switzerland. After a journey of over 1,243 miles through four countries and 60 hours of travelling, Jamila and Sam arrived safely at their new home in the middle of the stunning natural environment of the Swiss alps. 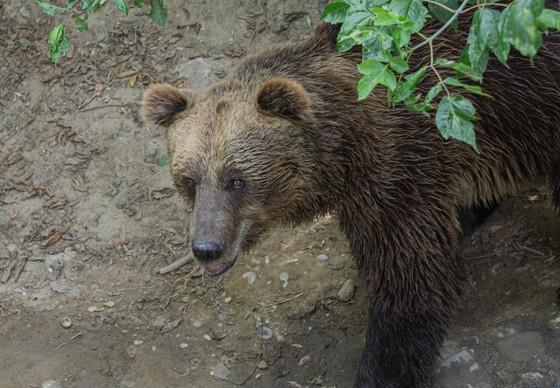 FOUR PAWS announced the takeover of two brown bears from Zoo Skopje in North Macedonia to Arosa Bear Sanctuary in Switzerland. The brown bear enclosure at Skopje Zoo in North Macedonia needs urgent renovation, and the zoo wants to start with the improvement of the keeping conditions soon. However, with the current number of bears living there, this is not possible. Therefore, FOUR PAWS was asked by the zoo officials to permanently take over two of their four bears – an 18-year-old male bear and his sister of the same age. As this solution would significantly improve the lives of all four bears in the long run, FOUR PAWS agreed to take care of the siblings. A timely transfer to Arosa Bear Sanctuary with all parties involved is now being planned! 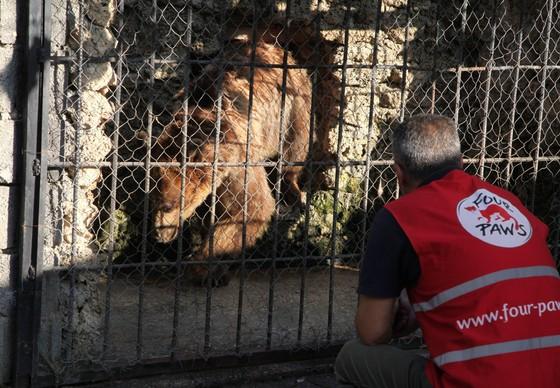 A FOUR PAWS team is in North Macedonia for investigations and meetings with stakeholders on site. The goal is to learn more about relevant legislation and the situation of captive bears and other wild animals in the country. 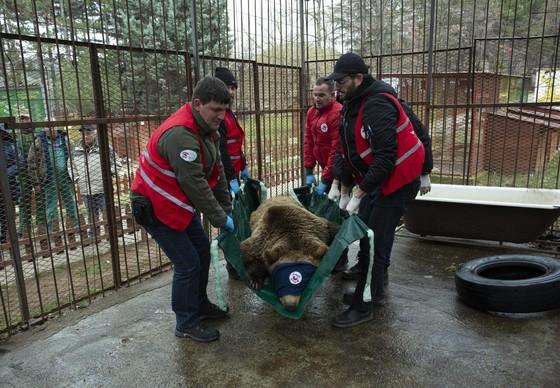 Unfortunately, due to COVID-19 restrictions and difficulties with paperwork and cross-border logistics, the rescue mission is delayed, but FOUR PAWS continues to fight for a better life for Teddy! 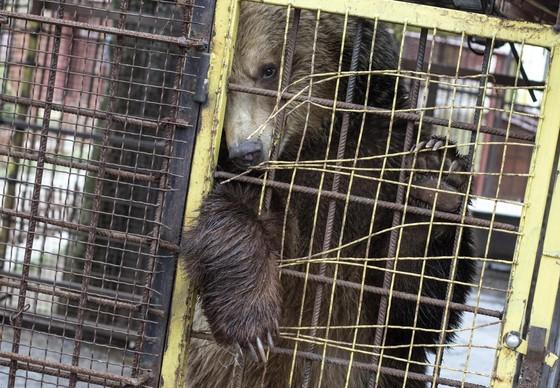 FOUR PAWS checks the situation of brown bear Teddy in Zoo Shtip. Because of the severely inadequate keeping conditions, FOUR PAWS decides to rescue the bear and take it into its care. 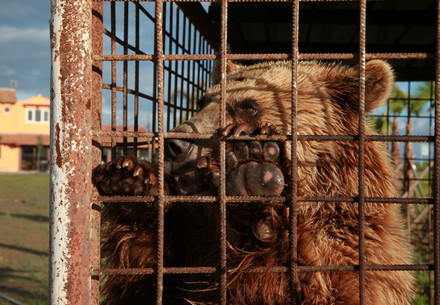 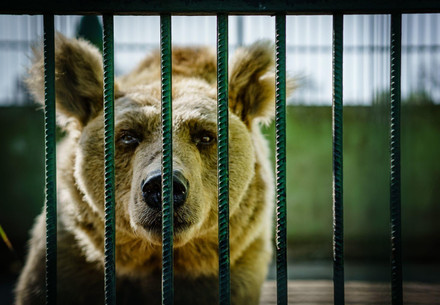 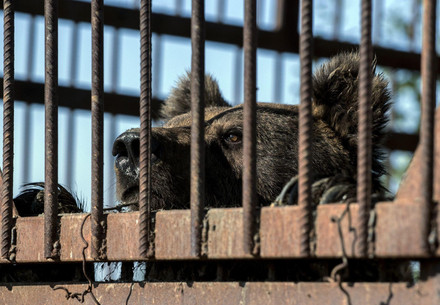