For over 15 years, Vietnam’s government, together with NGOs, have been fighting to end the cruel practice of bear bile farming in Vietnam. Collective efforts have resulted in a 92% reduction in the number of bile bears in Vietnam, from 4,300 bears recorded in 2005 to 327 bears on bear farms by end of June 2021. Many bear owners across the country have voluntarily given up their bears thanks to great efforts made by local authorities. However, while significant progress has been made across the country, Hanoi remains the country’s #1 bear bile farming hotspot, with 159 bears on 30 farms accounting for 49% of the total bile bears in Vietnam! Of the 159 bears being kept at 30 Hanoi farms, 92% are kept in the rural district Phuc Tho alone, with 147 bears being kept there on 22 farms (all figures refer to end of June 2021).

Instead of leading the nation in efforts to end bear bile farming in Vietnam, Hanoi – Vietnam’s capital city – is way behind the rest of the country. While many other provinces have been working hard to end bear bile farming, Hanoi province has shown little improvements in efforts to deal with this industry, reflecting poorly upon overall efforts by the government to phase out bear bile farming throughout the rest of the country. Hanoi is the country’s capital, and therefore should be setting an example for other provinces to follow, and not create an embarrassment for Vietnam on the global stage.

It falls to the Hanoi government to instruct Hanoi authorities and local governments to step up and end bear bile farming in their jurisdictions, as well as to ensure that a precedent of zero tolerance is set for the rest of the country in dealing with the bear bile farming situation.

The suffering of a bile bears need to stop!

Hope for bile bears in Vietnam

FOUR PAWS provides a species-appropriate forever home for former bile bears at BEAR SANCTUARY Ninh Binh. Watch this video below to see how we can give these bears a life they deserve. 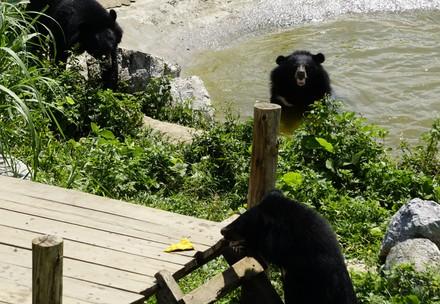 Timeline of Our Activities and Achievements

Our mission for bile bears in Vietnam 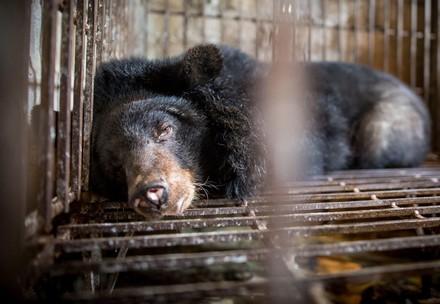 Save the Saddest Bears in Vietnam